The stigma of being homeless for many people in society has has been in the terms of creepy people, strong odour, dirty clothes and the symbol of a series of bad decisions that homeless people have made in their lives. Dismissing all these people as failures, dropouts, slackers or drug addicts is highly misleading and far from the truth. There are many homeless people out there that are just like the Bird Lady from Home Alone 2 — all they need is just a chance.

Most of these people have been forced into the circumstances of homelessness other than choice. Rising rent costs, rising unemployment, breakdown of families or domestic violence — kids, 17,000 who have been brought into society in a tough situation in Australia alone. It’s not their fault that they have been left grown up on the streets?

The Blind Side — the story about a homeless boy who grew up to be an NFL superstar, as well as an Academy-award winning film based on his story. Does it matter though that he became an NFL superstar? Would we have heard his story otherwise? You just never know who that person you are talking past each morning is.

Here are some major points to consider for people to change their attitude when encountering someone who lives on the streets. It’s not a plea to become more sympathetic, but to realise that these people are normal people with unfortunate circumstances. You will be surprised, they are just like you and me and these situations can easily ourselves as individuals. Next time you walk past the homeless man or woman on your daily commute to work, remember to understand why they may be there. Most of them are trying their best.

1. They may not be able to rent due to the spike in prices

We all know the reality of spiking rent prices, not only in Australia but the rest of the world. The average rent for a unit in Australia is $464, which for many families eliminates much of the weekly budget. On top of that, many minority groups, such as single mums or unemployed spouses, are hit with the repercussions of high prices and still fall into the category of needing rental assistance each week.

This is an important reason to keep in mind because it’s a situation which we all face. We may not know if this situation relates to specific individuals who are homeless, but it’s important to keep this in mind as we know the stress of rent prices too.

2. They may be homeless because of domestic violence or family breakdowns

Domestic violence or family breakdowns is something more people in society experience than we can imagine — regardless if they are homeless or not. Just under half a million Australian women reported that they had experienced some level of abuse.

Domestic violence is the single biggest driver of homelessness for Australian women and children – noted as the primary driver for 23% of people seeking access to Specialist Homelessness Services.

It’s a damaging figure to witness and a bigger reality than expected.

It was reported not long ago that 83,000 homes in Melbourne are vacant, yet majority of them are left unfilled. Many homeless or low-income individuals have applied for public housing, however the highest priority applicants have to wait an average of 11 months or more, with only 7% of public housing are turning over new applicants every year.

Even worse, all these people who are genuinely trying, are waiting on the list for years or never be housed at all. It’s a serious crisis and forces these people to live on the street without a choice.

It’s not a lack of homeless or disadvantaged people trying to get back into society — low opportunities for shelter is holding back the potential for these individuals.

4. Lack of government action is forcing people onto the streets

Government reform is needed. It will be an interesting year ahead with the 2016 census, where more accurate figures of the state of homelessness in Australia will be revealed. It’s estimated that 105,000 people live on Australian streets each night.

Despite the $230 million, two-year grant for homelessness groups, there is still an overcapacity for most homeless shelters in Australia, with 220 being rejected each night.

It’s not the fault of homeless groups or community services — they are undersupplied. They need more resources to make sure all homeless people are safe at night, whilst providing further training programs and partnering with external organisations to guide them back into normal civilisation.

5. They may be really talented people – just like me and you

Many homeless people aren’t former drug addicts, criminals or even people who have experienced a troubled past. They may be just people who have not gone down the wrong road they use to desire (like all of us), and didn’t work out exactly the way they planned for numerous reasons.

As mentioned above, the Blind Side is one famous story that has helped a young boy reach football stardom. One of Hollywood’s most famous actors, Jim Carrey, had to live out of a VM van with his family after his mother got sick and forced to leave their home because of their financial medical costs.

It’s not a matter whether or not homeless people are capable of becoming the next big Hollywood actor. It proven evidence that while we have a sense of connection with them on the big screen, they were once people that we may have turned a blind eye too walking on the street.

Moral — We may not know who that homeless person is or ever find out the reason of why they are out on the streets. I do think there is a great lesson from these 5 points. Sometimes it’s not the fault of the individual, and reminding ourselves of that when we walk past a homeless person, whether on your daily commute or on the weekend, a smile and respecting their space is what they deserve. 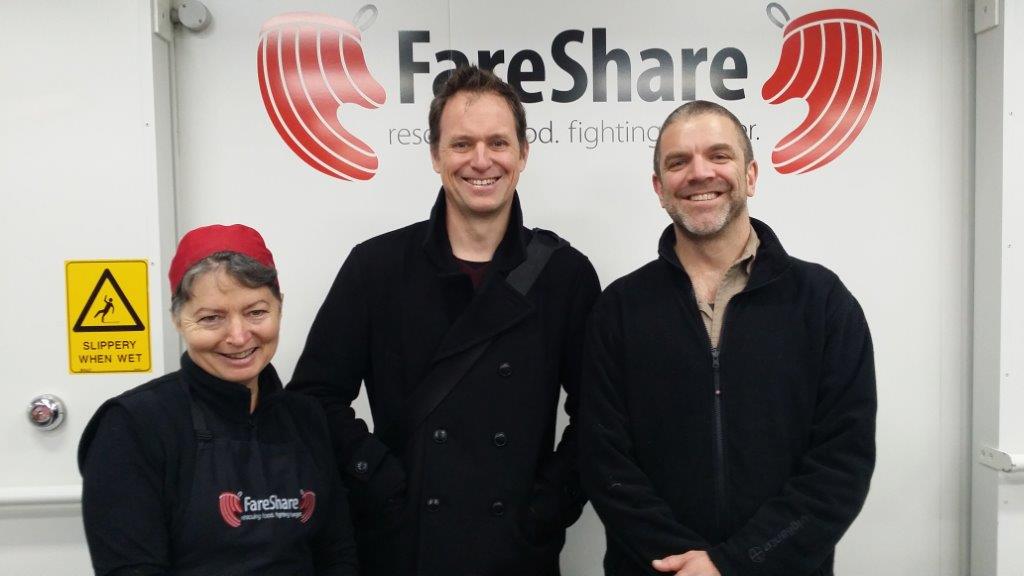