Flatmate has sex in the shower and I heard everything… 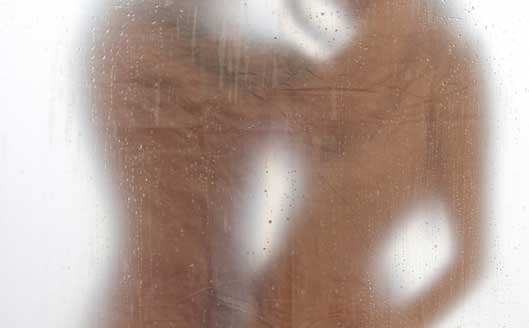 Recently we came across a friend of flatmate.com who was upset with her flatmate as she suspected she’d been having sex on the shared couch, to make matters worse it was with a random after a big night out. We thought that it was probably fair enough that she be upset and suggested that if these things do happen they should be kept out of the view of your fellow house dwellers and not made obvious.

In the course of discussing the article one of the younger members of our team Tim recounted how his flatmate (and her ring-in boyfriend) recently had a dalliance in the shared shower, needless to say he was somewhat put out the next morning when he needed to use that same shower. To add to his dismay, the boyfriend (who he hardly knew) walked past his open door winked at him before entering the bathroom and proceeding to join his girlfriend in the shower. Amazing! He could have at least shut the door!

Sex with your flatmate and/or their boyfriends and girlfriends is one of the most common complaints we hear about at flatmate.com, it’s really important to respect the common areas and banging boyfriends, girlfriends or whoever else you have around does not work for house harmony. We suggested previously that it’s unrealistic to expect these things won’t happen and that if you’re going to do it, well do it but leave no trace or don’t do it anywhere your flatmate can see or hear you. The flatmate from hell is the one who just goes for it no matter what anyone else says or thinks and the creepy boyfriend winking on the way past before conquering your flatmate…. Well that’s just creepy.

See also: Is your flatmate’s awkward sex life difficult to live with When religion enters the house. 8 signs your flatmate has become your BAE