Choosing a flatmate is never an easy task, so no one would blame you for a spot of wishful thinking from time to time. We get it – sometimes you just want to lift certain movie characters out of your screen and into your home.

We reckon these fictional friends would make great flatmates:

Wouldn’t you feel incredibly safe knowing that literally nothing would happen to you if you were friends with this guy? (You’d better stay on his good side, though, Lord have mercy on your soul if you do anything unsolicited to his daughter. Or his ex-wife.)

2. Harold. (Or Kumar) from Harold and Kumar.

This one’s up for debate. Are you the Harold in the relationship, or are you the Kumar? Who would you prefer to be your roommate?

3. Lisbeth from The Girl With The Dragon Tattoo.

Lis is on this list for sheer bad-assery and her sweet kick-ass job. #girlsthatcode #girlsthathack You’ll have to excuse the junk food and dingy lighting though.

She couldn’t pay for any bills but she made a cosy home for the dwarves to come back to after a hard day of mining.

5. Jason Bourne, from The Bourne Trilogy.

He seems like a bit of a flight risk, and liable of breaking furniture if a fight broke out in the house, but also strikes me as a fairly reasonable sort of guy. If you were good to him, I’m sure you’d wake up one morning and find some cash on the kitchen counter that wasn’t there last night.

Plus he’s totally concerned for your wellbeing.

Not Ross, because he’d want you to keep it down all the time; not Monica, because of her OCD cleaning; not Phoebe, because of her dubious way of handling the smoke alarm that wouldn’t shut up; and not Joey, because of the spoon-licking thing. Although we really, really do love Chandler, it can’t be Chandler if he insists on keeping the chicken or the duck… So it’s gotta be Rachel.

7. Tyrion or Jamie Lannister from Game of Thrones, because reasons related to financial accountability.

And there are characters you would really, really not like to be your roomate:

8. Count Olaf from A Series of Unfortunate Events

One of the most relentlessly sinister childhood villains ever. I pity the poor soul who would have to deal with all the creepy eye symbols. Plus if he were rich, he would just plot your death and steal your money. He’d make a horrid flatmate candidate.

9. Johnny from The Shining.

She doesn’t sound very reliable, to be honest. Awful track record with paying bills on time, even though she’s home literally all the time.

Named one of Australia’s scariest films in a long time, this creepy phantom has the best of us cowering in fear. You’d want to simultaneously lock yourselves inside or move far, far away if The Babadook was haunting you.

TOO MUCH FUSCHIA. TOO MANY CATS. TOO MUCH EVIL IN ONE LADY.

This was tough, because we love Sheldon Cooper. Realistically, though, living with him would be banging-head-on-the-wall frustrating, not to mention you’d have to sign your name to absurd flatmate rules written in incomprehensible legalese.

14. The really unfriendly roommate that Becka has in Pitch Perfect.

Why, Kimmy Jin? Why don’t you smile? Ever?

Which movie character would you want (or not want) as your flatmate! #flatmatewanted!

Jessica Yun is a student journalist/walking food guide. She's off on a year's exchange to China in 2016 and you can bet she'll start developing an internal radar for dumplings within minutes of landing. She spends most of her time writing angry tweets at @hijessicayun or tossing up between hitting the gym or having a nap. 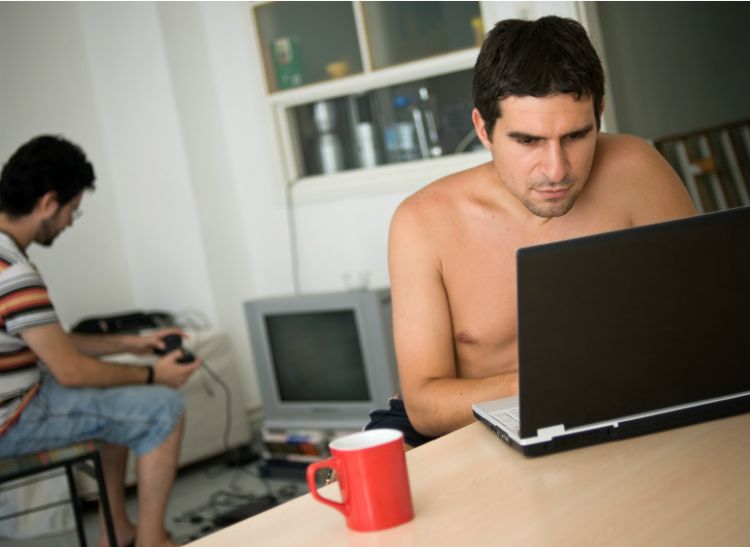 Are these the most insane flatmate ads ever posted on Craigslist?